The critically-acclaimed Kia Sorento racks up two more awards, this time for its product design.   Kia might shortly be 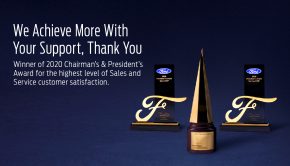 SDAC wins Ford Chairman’s and President’s awards yet again in 2020 for outstanding customer service.  Following on from their bumper 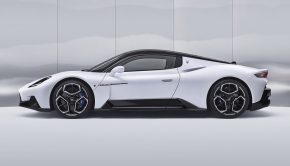 The Maserati MC20 continues to rake in the awards despite not being launched yet.  Despite still not having been launched This marks the second time the Elantra clinches this prestigious automotive title.  The Hyundai Elantra has recently been crowned the 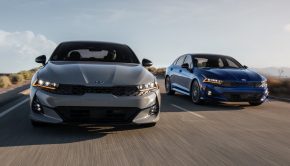 The total number of awards won by this all-new, all-electric Fiat 500 is now a laudable four. Following on from This new mass-market Polestar EV has claimed yet another automotive award this year.  The Polestar 2 has recently been named The Koreans show the world that you don’t have to pay a lot for good tech.  Wards Auto, an American The new generation Range Rover Evoque has already been welcomed by the global press and the general public. It was