This new Chilean plant is expected to yield the world’s first synthetic climate-neutral fuels for Porsche in 2022.

Porsche has recently announced that it is currently working together with Siemens Energy and a lineup of other international companies to develop the world’s first integrated, commercial, industrial-scale plant for making synthetic climate-neutral fuels (eFuels).

Dubbed the ‘Haru Oni’, this pioneering project is targeting to produce around 130,000 litres of these synthetic fuels by as early as 2022. Production from then on is aimed to ramp up to an impressive 55 million litres by 2024, and up to a staggering 550 million litres of eFuels by 2026. 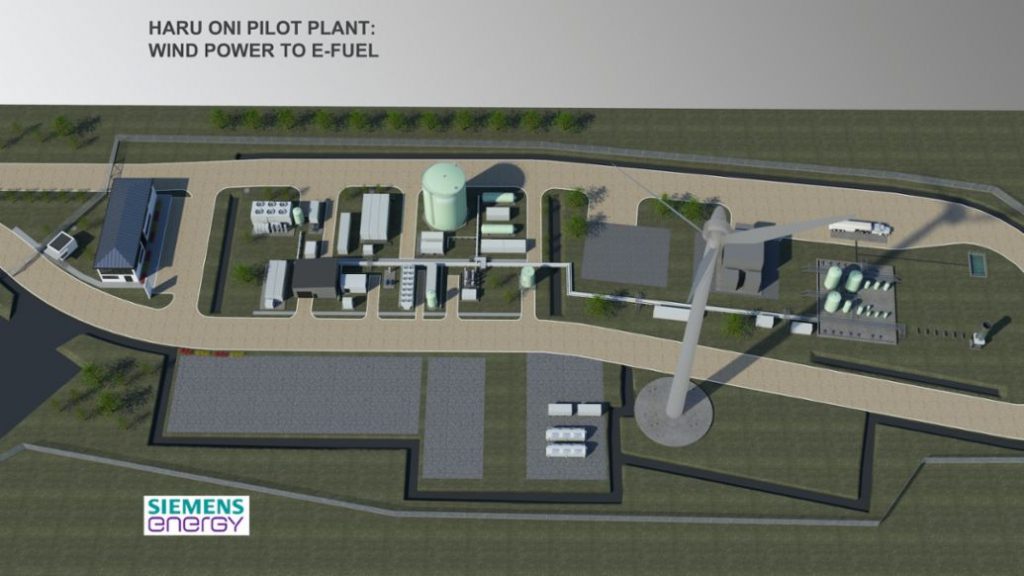 Even more ambitiously too, owing to the strong wind conditions in the Magallanes Province of Chile where the plant is to be based are said to climate-neutral as production of these eFuels are being powered by the renewable energy harnessed from the wind.

For a slightly more in-depth explainer on the eFuel production process, it first begins with the production of green hydrogen through the chemical dissociation of water using the aforementioned wind energy generated. The hydrogen produced through this process is then combined with CO2 captured from the air to form synthetic methanol. This synthetic methanol generated then finally refined using the MTG (methanol to gasoline) reaction process, thereby outputting a climate-friendly synthetic fuel at the end of all this. As for the primary customer of eFuels, it comes as no surprise that Porsche will be the in line for this innovative new fuel, especially during the first pilot phase of the Haru Oni project. A champion for synthetic fuels within the automotive industry for a long time now, it is said that the German sports car manufacturer will first debut the eFuels within in its motorsports fleet first, before transitioning on to cars within its Porsche Experience Centre, then finally to its series production sports cars.

It is worth noting here that Porsche is still committed to the electrification of a large part of its lineup, with Porsche CEO, Olivier Blume stating that ‘electromobility is a top priority at Porsche’. That said, he touts that these eFuels are a worthwhile component to electrification, as it provides an additional element on the road to decarbonisation. This is especially true if produced in areas where there are a surplus of renewable energy available. This statement therefore does bring up some food for thought, particularly when considering the ease of application of eFuels.

Unlike hydrogen fuel cell EVs these days, there is no need to build a whole new infrastructure surrounding eFuels as the current petrol/diesel infrastructure could easily be adapted to serve synthetic fuels. Moreover, while there will still be tailpipe emissions from the combustion of these eFuels, it is not as if the production of new battery EVs are not environmentally damaging to produce too. To quote a line from Siemens Energy CEO, Christian Bruch, “Establishing a sustainable energy economy is going to require some rethinking”. Could synthetic fuels then be the answer to this sustainable energy problem that the world is currently facing? PRESS RELEASE: Porsche, Siemens Energy and a lineup of international companies are developing and implementing a pilot project in Chile that is expected to yield the world’s first integrated, commercial, industrial-scale plant for making synthetic climate-neutral fuels (eFuels).

The “Haru Oni” pilot project in Magallanes Province takes advantage of the excellent wind conditions in southern Chile to produce climate-neutral fuel with the aid of green wind power. As part of Germany’s national hydrogen strategy, Siemens Energy will get a grant of some 8 million euros from the Federal Ministry for Economic Affairs and Energy in support of the project, the ministry announced today.

“Establishing a sustainable energy economy is going to require some rethinking. Renewable energy will no longer be produced only where it’s needed, but where natural resources like wind and sun are available on a massive scale. New supply chains are going to arise all over the world to carry renewable energy from one region to another. That’s especially important for Germany, which – bottom-line – has to import energy if it’s going to meet its nationwide demand. Hydrogen will come to play an increasingly important role in storing and transporting energy, which is why the German government’s support for the project is an important signal.”

“Electromobility is a top priority at Porsche. eFuels for cars are a worthwhile complement to that – if they’re produced in parts of the world where a surplus of sustainable energy is available. They are an additional element on the road to decarbonisation. Their advantages lie in their ease of application: eFuels can be used in combustion engines and plug-in hybrids, and can make use of the existing network of filling stations. By using them, we can make a further contribution toward protecting the climate. As a maker of high-performance, efficient engines, we have broad technical expertise. We know exactly what fuel characteristics our engines need in order to operate with minimal impact on the climate. Our involvement in the world’s first commercial, integrated eFuels plant supports the development of the alternative fuels of the future.”

“Hydrogen is a key component for successfully carrying out the energy transformation in every sector. That’s why, with the National Hydrogen Strategy, we aim to take advantage of the opportunities that hydrogen offers for the climate, energy and economic policy. We know we won’t be able to cover our national demand out of domestic production alone, and will need international partnerships. So I’m very pleased to see that Siemens Energy and Porsche are developing production capacity in other countries, along with importing structures, for green hydrogen and its daughter products. Thanks to German know-how, for the first time in the world innovation from the laboratory will now be applied in an integrated, commercial plant.”

As the fuel’s primary user, Porsche is planning in the first phase to use the eFuels from Chile in beacon projects. These include using eFuels in Porsche’s motorsport fleet, at Porsche Experience Centres and, later, in series production sports cars. The sports car maker will start with an initial investment of roughly 20 million euros.

AME is the primary developer and owner of the HIF (Highly Innovative Fuels) project company. Enel is a co-funder of the plant, with a focus on wind power and electrolysis. ENAP will support the project by providing operating staff and with maintenance and logistics.

Chile, with its excellent climate conditions for wind power and the associated low cost of electricity, has a very high potential in international terms for producing, exporting and locally using green hydrogen. To generate green hydrogen, electrolysers use wind power to dissociate water into its two components: oxygen and hydrogen. In a second step, plans call for filtering CO2 out of the air and then combining it with the green hydrogen to form synthetic methanol. The result is renewable methanol, which can be converted into climate-friendly fuel using an MTG (methanol to gasoline) technology to be licensed and supported by ExxonMobil. 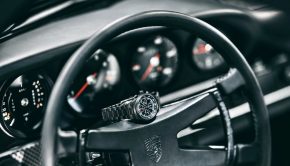