Only 40 of these outrageous Pagani hypercars will ever be produced.

It is not every day you see Pagani on the news, but you know that whenever this Italian hypercar manufacturer makes headlines, it has to be something good. This time for instance, the headline news is that Pagani’s latest creation, the Huayra Roadster BC has just blitzed the lap record at Spa Francorchamps.

Setting a time a 2’23’’081 on this legendary Belgian track, the roadster version of Pagani’s awe-inspiring Huayra hypercar has just set a new benchmark for globally homologated road cars. This record time is even more impressive considering that it was set on a damp track at the end of the Roadster BC’s development session, after only two laps. The story, as told by Pagani, was that this blistering time was allegedly done on a whim. Apparently, it just so happened that on the last day of track testing for this hypercar, the work wrapped up early. So the R&D department decided that, with Horacio Pagani’s approval, do a couple of fast laps to see what the Huayra Roadster BC can really do. Lo and behold, after just two laps, the lap record was in the bag. A blistering time may not be all too surprising for the Pagani team though as the specs of the Huayra BC roadster could make even the Bugattis and Koenigseggs of the world look over their shoulder. Starting with an AMG-derived V12 engine, the successor to the Zonda pumps out a healthy 800 hp and an impressive 1,050 Nm of torque. Power is transferred to just the rear wheels through a XTrac 7 speed sequential transmission. However the powertrain is just the tip of the iceberg, as where the Huayra really shines is through the corners. A lightweight construction due to Pagani’s speciality in composite materials means that the Huayra Roadster remains as rigid as ever even with a removable roof. And thanks to sophisticated suspension, sticky custom Pirelli P-Zero Trofeo R tires and active aerodynamics, this hypercar pulls nearly 1.5 g through the corners at the Spa circuit. The entire record breaking lap has been included in the video below commemorating the achievement (if you just want the lap then click here instead). As only 40 of these Huayra Roadster BC will ever roll off the Pagani assembly line, and presumably all will be hidden away in climate controlled bunkers once taken delivery of it, this is perhaps the closest mere mortals like us will get to see one of these hypercars driven in anger, so enjoy.

PRESS RELEASE: Pagani Automobili is preparing to deliver the first units of the Huayra Roadster BC to their respective clients following the completion of a rigorous validation testing program, which was concluded earlier this month at the circuit of Spa Francorchamps in Belgium, where the car posted a lap time of 2’23”081 minutes, a new record for globally homologated road cars. The test program conducted for the Roadster BC has been the most demanding to date. With more than 350,000 kilometers of real world testing, of which over 45,000 km has happened on some of the world’s most demanding racetracks and many more on test benches and in simulations, to deliver to our clients a reliable, safe and exciting car. During development, we have been to the maximum limits in order to test the vehicle in the most challenging conditions. The latest tests conducted at Spa Francorchamps were the last of a series of final track tests, where we repeatedly pushed the car to extreme speeds, to which normally only a racing car would be subjected. At the end of the tests, the R&D department saw the potential of the vehicle and, with Horacio Pagani’s approval, did a fast lap despite the damp conditions of the racetrack. “During the tests, we immediately realized that the car was making interesting lap times. We quickly consulted with Horacio about the chance of some fast laps and, although the weather conditions were not the best, we even set the record at the racetrack after two rounds. The car had shown a formidable character, demonstrating its potential and moving with impressive ease. Although Spa Francorchamps is a complicated racetrack, the Roadster BC’s handling and lateral grip exceeded all expectations.” Andrea Palma, Development Test Driver, Pagani Automobili. 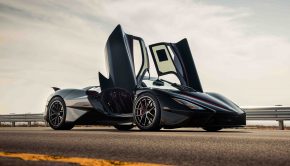 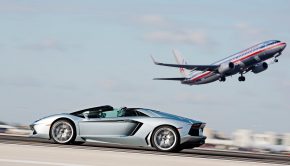