Bukit Gelugor MP and lawyer Ramkarpal Singh has made a statement supporting the legality of photographing or filming during a police investigation.

In recent times, there has been several cases of police officers stopping civilians from filming the police during investigations, whether it be during a police roadblock or during a police raid.

This prompted Bukit Aman CID director Huzir Mohamed to state that the act of civilians photographing of filming the police carrying out investigations is an offence, under section 186 of the Penal Code. Now however, DAP MP and National Legal Bureau chairman Ramkarpal Singh has asserted in a statement that the statements made by the CID director is ‘blatantly wrong and gives the impression that the police are afraid of being watched while conducting investigations.’ The main argument made by the Bukit Gelugor MP is that the passive act of recording investigations does not constitute the ‘voluntary obstruction of a public servant in the discharge of his public function’, as stated under section 186 of the penal code. In other words, the lawyer asserts that there is no legal basis against filming a police officer when carrying out investigations.

Furthermore, Ramkarpal goes on to state that if the statement made by the Bukit Man CID director is taken to be true, that would mean that body camera and CCTV recordings of police investigation work will also be considered illegal.

Nevertheless, at least it has been made clear that when interacting with the police, a recording of the interaction is still legal under the eyes of the law. A good thing to remember when/if stopped at a road block, if the situation comes to that. STATEMENT: The statement by Bukit Aman CID director Huzir Mohamed that taking a photograph or recording a video of police carrying out their investigations is an offence under section 186 of the Penal Code is blatantly wrong and gives the impression that the police are afraid of being watched while conducting investigations.

Section 186 of the Penal Code states, “Obstructing public servant in discharge of his public functions 186. Whoever voluntarily obstructs any public servant in the discharge of his public functions, shall be punished with imprisonment for a term which may extend to two years or with fine which may extend to ten thousand ringgit or with both.”

The phrase “voluntarily obstructs” is unambiguous and refers only to situations where one actively does something that hinders a police officer from carrying out his duties.

How does a passive act of recording investigations come within the ambit of section 186?

It is not for Huzir to say if the recording of the police carrying out investigations is illegal as this is a matter for a court to decide after considering all the evidence pertaining to the matter.

Even the Inspector General of Police has mooted the idea of body cameras on police officers in the past, obviously for the purpose of promoting transparency in the investigation process.

Is Huzir saying that body cameras are also illegal?

Going by Huzir’s logic, recordings captured by CCTV cameras of police officers carrying out investigations would also be illegal which is absurd.

There is nothing wrong with recording a police officer carrying out his duties as long as this is done without obstructing him. In fact, this should be encouraged to promote transparency of the investigation process.

Huzir should stop making blanket statements like this and leave it to the courts to decide if a particular situation involving the recording of police officers is illegal based on evidence. SOCAR Has Assisted The PDRM In Solving 34 Cases So Far → 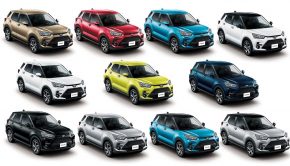 Legally Changing Your Car’s Colour Is Now Easier Than Ever →