F1 To Trial Sprint Qualifying Format For 3 GPs In 2021

The traditional F1 race weekend is to be shaken up with an idea nicked from its junior F2 series.

Formula 1 has recently announced that it will soon be trying out a new sprint qualifying format for 3 Grand Prix in the current 2021 calendar, in a bid to shake up the traditional race weekend with increased exciting on-track action for every day of the typical three-day event. Following unanimous agreements between the FIA, Formula 1 and all teams on the current grid, the main highlight of the revised race weekend will naturally be the ‘Sprint Qualifying’ session. Taking the place of the traditional qualifying session on the second half of the Saturdays, this new format will consist of a 100 km race from which its finishing order will determine the grid for the main feature race on Sunday.

Rather interestingly, there will actually also be points will be awarded for the top three finishers during this Sprint Qualifying sessions, with three points being awarded the winner, two for second place and one for third place. There will however be no podium ceremony for the new shorter Saturday races as that is only reserved for the main race event, but the winner will still receive a trophy in Parc Ferme alá the current pole position award ceremony. On the topic of Parc Ferme, teams will soon have to park their cars up over there at the end of the Friday sessions too. That is because the other main change of this new race weekend format will be the replacement of the traditional FP2 practice session with the current knockout qualifying format to set the grid positions for the Saturday Sprint Qualifying session. The Sprint Qualifying Race Weekend Format In A Nutshell

Speaking more about this new race weekend format, F1 President and CEO Stefano Domenicali said: “We are excited by this new opportunity that will bring our fans an even more engaging race weekend in 2021.

“Seeing the drivers battling it out over three days will be an amazing experience and I am sure the drivers will relish the fight. I am delighted that all the teams supported this plan, and it is a testament to our united efforts to continue to engage our fans in new ways while ensuring we remain committed to the heritage and meritocracy of our sport,” he added. As for when and where exactly these 3 GPs will host this new weekend format, the only official information divulged by Formula 1 regarding this matter is that it will be held on two European venues and one non-European circuit. The unofficial word going around however is that the tracks to host this new Sprint Qualifying session will be Silverstone (UK) in July, Monza (Italy) in September, Interlagos (Brazil) in November. What has also not been confirmed is whether or not this new race weekend format will become a mainstay for 2022. The current trajectory makes it seem though that the Sprint Qualifying sessions will be around with F1 for the foreseeable future, but only rolled out at selected races rather than at every Grand Prix.

“I’m not sure this format would be as successful at Monaco,” says F1 Managing Director, Motorsports, Ross Brawn about this matter. “We’re considering these weekends being Grand Slam events, spread through the season, so it is something different.

“I don’t think it’ll go to the whole season, I think it’ll be a limited number of races, but that is to be decided.” 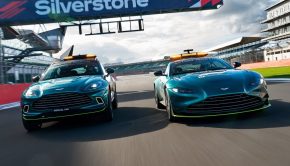