Rolls-Royce recently reveals a clue to aid its clients solve the code hidden within these bespoke Wraith models.

Cyphers and codes have always been a fascination to a select subset of people. Those who enjoy such things tend to call this hobby intellectually stimulating.

However, sometimes a little hint is needed to move some of the more tricky puzzles along. And that is exactly what Rolls Royce has just announced on with Rolls-Royce’s Wraith Kryptos Collection. Launched earlier in the year, these limited run Wraith models that were intended as a homage to the clandestine world of cryptography contain within it a bespoke cypher. Designed by Rolls-Royce Bespoke Designer, Katrin Lehmann, mysterious messages supposedly hold a code within ‘the Bespoke elements of the motor car’s interior and exterior’. Nearly 5 months on though, none of the 50 owners have yet been able to crack the code hidden within the car. So it is probably for this reason as to why the British luxury automaker has recently revealed a couple of clues regarding this cipher. Just to help its affluent clients along their way in their code-breaking journey. The first of these clues revealed recently was that the Spirit of Ecstasy hood ornament on these special Rolls-Royces conceals the word KRYPTOS, in code. These seven deciphered characters then are supposed to aid in the quest to crack similar clues hidden elsewhere on the ‘on the Wraith Kryptos’ complex fascia’.

Another hint that was dropped today involved the embroidery on the headrests, which when deciphered translates to the double-R monogram synonymous with this British automaker. To us normal non-Rolls-Royce owning plebeians, these clues will probably not mean anything. Nor will we actually have any thing to do with this news, particularly because it is only the owners of these limited-edition Wraiths that can enter this contest through a bespoke Whispers app. Nevertheless, to the off-chance any Rolls-Royce Wraith Kryptos Collection owner happen to stumble across this story here, the British automaker hopes that these clues, combined with the initial hint of ‘finding the ‘key’ is the first step to uncovering the code’, would be sufficient for you to break the code.

Remember however, your only have till February 2021 to submit your code breaking efforts to the app. The first to complete will be awarded with a unique and prestigious prize. PRESS RELEASE: Rolls-Royce Motor Cars has today revealed a clue to its recently unveiled Wraith Kryptos Collection. As clients around the world begin to receive their highly limited Wraith Kryptos cars, they will embark on decoding the mysterious messages found within the Bespoke elements of the motor car’s interior and exterior.

Unveiled in July 2020, each of the 50 cars in the Wraith Kryptos Collection is embellished with a cipher created by Rolls-Royce Bespoke Designer, Katrin Lehmann. Previously, Lehmann commented that finding the ‘key’ is the first step in uncovering the mysterious code.

With no successful decryptions to date, Rolls-Royce reveals today that the Spirit of Ecstasy figurine on this enigmatic Collection conceals the word KRYPTOS, in code. These seven deciphered characters will aid clients on their journey of discovery as they begin to identify these letters on Wraith Kryptos’ complex fascia. Similarly, the embroidery on the headrests translates as the double-R monogram, rendered in the cipher. The Bespoke team hopes that, together, these clues may provide a ‘way in’ that enables owners to attempt the puzzle. Clients will be invited to submit their efforts at cracking the code via the marque’s Whispers application, from February 2021. The first to complete the puzzle will be awarded a unique and prestigious prize.

Only two people at the Home of Rolls-Royce in Goodwood, West Sussex, know the full resolution of the sequence – the designer and the Chief Executive Officer. The answer remains in a sealed envelope in the CEO’s safe. 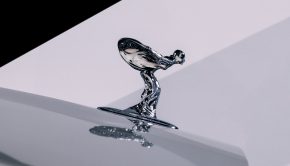 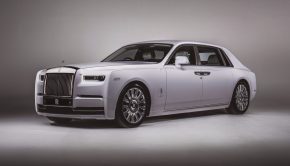 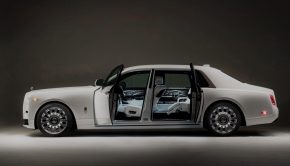