JAGUAR I-PACE wins the world car of the year 2019

The Road to the World Car Awards journey concluded yesterday with a grande finale awards ceremony and press conference that opened the New York International Auto Show. The JAGUAR I-PACE was declared the 2019 World Car of the Year. 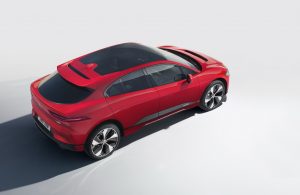 This is the second “World Car of the Year” award win for Jaguar Land Rover (JLR). The Jaguar F-Pace won the title in 2017 as part of a double-win for the company. The car also won the 2017 World Car Design of the Year award that year. 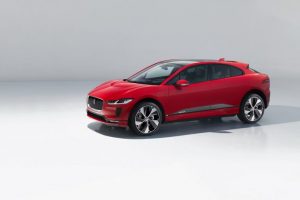 Prof. Dr. Ralf Speth, Chief Executive Officer, Jaguar Land Rover, said: “It is an honour that the Jaguar IPACE has received such an accolade from the prestigious World Car jurors.

“We started with an ideal, to move towards our Destination Zero vision; zero emissions, zero accidents and zero congestion. I-PACE is our first step to achieving this, and it was conceived when EVs were little more than a niche choice. “So we started from a clean sheet of paper to create a new benchmark – the world’s best premium electric vehicle, and a true Jaguar driver’s car.

“For I-PACE to be awarded 2019 World Car of the Year gives our first all-electric vehicle the ultimate recognition it deserves. I would like to thank the team who have created I-PACE for their passion in making it so outstanding.”

Designed and developed in the UK, I-PACE is attracting new customers to the Jaguar brand, for many of whom it will also be their first EV – to date, over 11,000 customers in more than 60 countries worldwide have taken delivery. The combination of sports car performance, exceptional refinement and true SUV practicality make I-PACE the stand-out choice in its segment.

Jaguar Director of Design, Ian Callum, was in New York to accept the awards. I-PACE has a state-of-the-art 90kWh lithium-ion battery and delivers a range of up to 292 miles (WLTP cycle). It’s capable of charging from 0-80% in just 40 minutes (100kW DC), or takes just over ten hours to achieve the same state of charge when using a domestic wallbox (7kW AC) – ideal for overnight home-charging.

The JAGUAR I-PACE was chosen from an initial entry list of 40 vehicles from all over the world, then a short list of three finalists as announced in Geneva on March 5th. The 2019 Top Three in the World finalists are the Audi e-tron, the Jaguar I-PACE and the Volvo S60/V60.

The vehicles were selected and voted on by an international jury panel comprised of 86 prominent automotive journalists from 24 countries around the world. Each juror was appointed by the World Car Steering Committee on the basis of his or her expertise, experience, credibility, and influence. The international accounting firm KPMG tabulates the jurors’ ballots. The Road to the World Car Awards is an annual journey in partnership with the New York International

Auto Show. The journey follows our international journalists as they test-drive, and vote on, the 2019 eligible vehicles. The official launch took place in Paris on October 2nd and ended with today’s winners’ press conference.

World Car made several stops along the way: our fifth annual L.A. Test Drives event concluded the last week of November. The event was an outstanding success with 48 jurors attending from 18 different countries across the six-day event. ZF was the event’s exclusive host. World Car also made a stop at the Consumer Electronics Show (CES) in Las Vegas on January 10, 2019 where together World Car and ZF hosted a panel discussion moderated by Tim Stevens (Editor-in-Chief, CNET’S Roadshow and World Car director). The topic for discussion? “The Intersection of Consumer and Automotive Tech.”

Of course, The Road To the World Car Awards doesn’t really stop. Just a few weeks from now the World Car Garage will be staged for the fourth year at the London Motor & Tech Show May 16-19; offering a glimpse of the 2020 contenders as well as celebrating the 2019 winners.