The popular PlayStation racing game will be one of five events in the Olympic Virtual Series.

When the first Gran Turismo came out on the PlayStation way back in 1997, it could be said to have revolutionised the racing game genre forever. It could even perhaps lay a not insignificant claim in changing the face of motorsports over the last two decades too, by being partly responsible (over its 7 iterations) in the explosion of sanctioned sim-racing events and championships that are currently taking place the world over today. 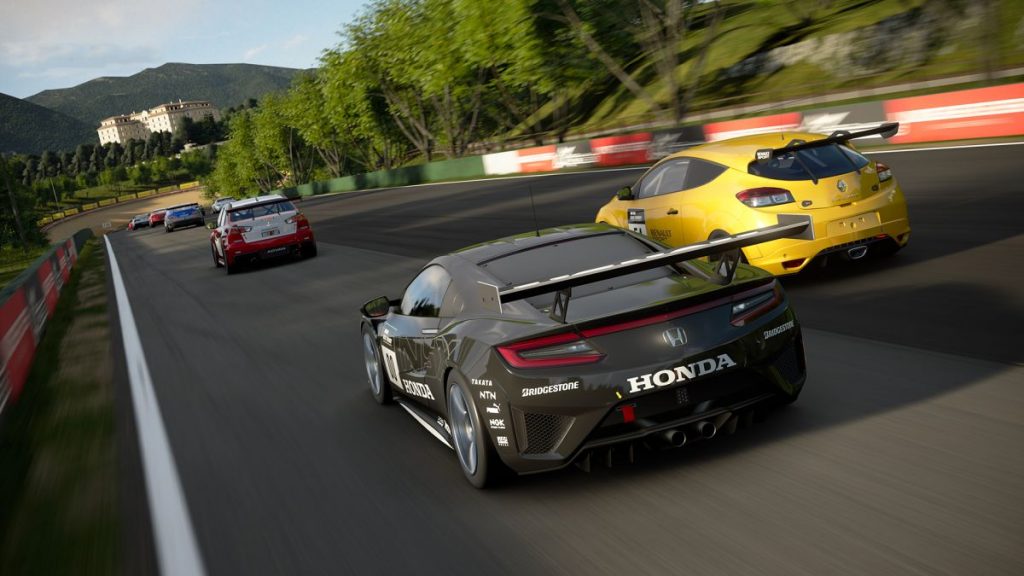 Having said all that however, it is perhaps fair to say that no one in their wildest imaginations would have even thought that one day Gran Turismo will be designated as an Olympic sport. And yet though, this best selling video game franchise for the PlayStation has recently been included as one of the five titles that make up the inaugural Olympic Virtual Series (OVS). An initiative by the International Olympic Committee (IOC) to encourage the development of physical and non-physical forms of sports in line with its Olympic Agenda 2020+5, this new e-sports series is set to begin on the 13th of May and continue through to the 23rd of June 2021 ahead of the 2021 Tokyo Olympics. As for the other virtual series that make up the OVS, aside from Gran Turismo making up the auto racing category, there will be virtual baseball, cycling, rowing and sailing. Further details regarding this first-ever Olympic Virtual Series, like how to compete in these leagues and the prizes for the winners for instance, have yet to be officially announced by the IOC yet. Seeing however that the various international sporting federations and game publishers are heavily involved in preparations, the format of the auto racing portion at least could be similar to that of the current FIA-sanctioned Gran Turismo racing leagues. More information is supposedly to come in the coming weeks as the start date draws closer, with interested parties (be it participants or spectators) encouraged by the IOC to pop over to the Olympic Channel for more current information. The IOC has also confirmed that more sports may soon be joining the OVS, with FIFA, the International Basketball Federation, the International Tennis Federation, and World Taekwondo having ‘confirmed their excitement and commitment to exploring inclusion’ in future editions of this virtual Olympic event.

Getting back on the topic of Gran Turismo for a bit, could this hopefully be the chance for Malaysia to win its first gold medal in the Olympics? We do after all have a few fast sim racers in our midst, as cultivated by the Toyota GR Velocity Esports Championships. Taking place ahead of the Olympic Games Tokyo 2020, the OVS will begin on 13 May, continuing through to 23 June 2021. The Olympic Virtual Series will mobilise virtual sport, esports and gaming enthusiasts all around the world in order to reach new Olympic audiences, while also encouraging the development of physical and non-physical forms of sports in line with the recommendations of the IOC’s Olympic Agenda 2020+5.

IOC President Thomas Bach said: “The Olympic Virtual Series is a new, unique Olympic digital experience that aims to grow direct engagement with new audiences in the field of virtual sports. Its conception is in line with Olympic Agenda 2020+5 and the IOC’s Digital Strategy. It encourages sports participation and promotes the Olympic values, with a special focus on youth.”

David Lappartient, Chair of the IOC’s Esports and Gaming Liaison Group (ELG), and President of the Union Cycliste Internationale (UCI), said: “On behalf of the ELG, as well as the UCI, I am delighted to be involved in the launch of the first-ever Olympic Virtual Series. A number of IFs have well established virtual sports initiatives; and thanks to the cooperation between the IOC, the IFs and the publishers, the OVS is an exciting step forward for the virtual sports world and the Olympic Movement”.

The following International Federations and gaming publishers will be part of the Olympic Virtual Series: The OVS creates a stage to connect the physical sporting world with the virtual and simulation sports gaming community, providing an opportunity to engage with the Olympic Movement. Each IF will offer its corresponding event in a format that maximises online mass participation and prioritises inclusivity and participation through the OVS. The mass-participation Series allows participants around the world to compete from home or their training facilities in order to generate excitement in the build-up to the Olympic Games Tokyo 2020.

All five OVS events will differ in form and concept, and will operate via the sport’s respective publisher platform where participants will be able to take part. Fans will have the opportunity to engage and follow the events on the Olympic Channel. Additional information on how to participate, as well as prizes included with select events, will be announced soon. Information will also be available online at www.olympicchannel.com

In line with Recommendation 9 of Olympic Agenda 2020+5, which states “Encourage the development of virtual sports and further engage with video gaming communities”, the launch of the first-ever OVS supports the IOC’s Digital Strategy and aims to leverage the growing popularity of virtual sport to promote the Olympic Movement, Olympic values and sports participation and grow direct relations with young people. It supports the IFs in further establishing virtual and simulated forms of sports as a discipline within their regulations and strategies. Building on the success of their respective events, both the Fédération Internationale de Football Association (FIFA) and the International Basketball Federation (FIBA), along with other International Federations such as the International Tennis Federation (ITF) and World Taekwondo (WT) have confirmed their excitement and commitment to exploring inclusion in future editions of the OVS. Gran Turismo 7 has finally been released → Bentley Continental GT V8 Equinox Edition Is Only For Japan → The Genesis X Concept Is A Gorgeous All-Electric GT →