BMW XtraBoost, the all new 330e gets it - Automacha
News BMW XtraBoost, the all new 330e gets it The latest version of the 330e plug-in-hybrid version comes equipped with a standard feature called ‘XtraBoost’, which temporarily increases the system output of the plug-in hybrid drive from 185 kW/252 hp with an extra boost up to 30 kW/41 hp. Its the first time the feature is available. XtraBoost is a standard feature on the new 330e. It gives the vehicle a high level of dynamic performance that BMW drivers have come to expect from the brand. To activate the system, the car includes what BMW calls a “driving experience switch” used to activate “SPORT mode”. The electric motor with XtraBoost temporarily provides up to 30 kW of additional battery power along with 41 additional horsepower from the vehicle’s electric motor. BMW claims that this system more closely matches the drive characteristics available on the standard gas-powered BMW 3-Series sedan. The additional XtraBoost makes for a more intense acceleration experience than in a conventionally powered vehicle with a comparable engine output.

The XtraBoost feature can be used up to the minimum charge status of the high voltage battery.

Also for the first time in a BMW hybrid model, tuned the accelerator pedal curve to offer both maximum acceleration with a specific shifting program tailored for the 8-speed Steptronic transmission.

The electric motor of the 330e is integrated in the 8-speed Steptronic transmission in order to save space. Due to its compact design, BMW says the hybrid transmission is only 15 millimetres longer than the corresponding versions for conventionally powered models of the new BMW 3 Series.

To keep the battery charged and increase efficiency, the hybrid 330e includes regenerative braking, with the electric motor taking on the function of a generator when braking. The electrical energy produced by regenerative braking also serves to power the vehicle’s electrical accessories. This means that a belt-driven generator or alternator bolted to the combustion engine is no longer needed, which increases the efficiency of the entire system.

BMW engineers designed for the high-voltage battery in the new 330e to be positioned underneath the rear seats, while the fuel tank is located above the rear axle. This means that luggage compartment space is not compromised much to make room for the battery. Additional space is gained by a folding rear backrest with 40:20:40 split.

In addition to the standard version of the car, the BMW 330e also comes in the model variants Advantage, Sport Line, Luxury Line and M Sport. The car can be outfitted with the Adaptive M suspension which adds Variable Sports Steering and the M sports brake system.

For safety, the 330e includes a number of safety systems ranging from Driving Assistant Professional with steering and lane guidance system to park assistant, including reverse assistant.

The optional features for the hybrid 330e include an acoustic pedestrian protection function. The system uses sensors to see the cars or people in front of the vehicle. If they are too close, a warning notification appears. If the driver doesn’t react in time, the system will activate emergency braking.

By the time the car launches in the middle of 2019, BMW said new digital services will be available which make it more attractive and convenient to charge the battery vehicle’s battery while out on the road (not available fully in Malaysia).  The navigation system will provide the driver with a list of nearby EV chargers and recommended nearby hotels, restaurants, tourist attractions and cultural institutions 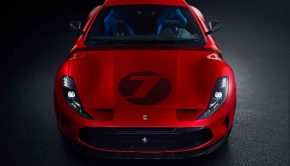