This is due to the overwhelmingly high demand in Oz for these all-new Isuzu pickup trucks.  Ever since it was 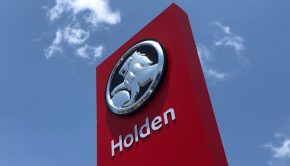 Holden Service Outlets In Australia To Be Renamed ACDelco

This looks to be the final nail in the coffin for the iconic Holden marque down under.  While Holden was This ultimate bush-bashing Amarok has been specially modified by famed Aussie tuners Walkinshaw.  The Aussies certainly seem to have a The Aussies will be the only ones getting what is touted to be the world’s toughest Navara to date.  For The Tank 300 will be arriving in Australia after the Haval Big Dog some time in 2022.  For the Australians This interestingly-named Haval SUV could soon be arriving in Australia as early as next year.  There has been some interesting Mitsubishi Eclipse Cross PHEV To Be Launched In Oz & NZ

Chances are slim however for this electrified Mitsubishi to debut here anytime soon.  While it’s more utilitarian models like the The MU-X headed to Oz looks to be much the same as its Thai-spec brethren launched last year.  Isuzu Ute