When Was The Last Time You Checked Your Rear Lights?

A PSA reminder to check that ALL the lights on your vehicle are functioning as they are supposed to.

Just in the recent weeks and months of driving around, I noticed that there has been quite a number of cars on the road with non-functioning rear lights.

The three mandatory bright red glows that the rear of every car should emit when braking, more often than not only had two to notify that the car ahead was slowing down. Or in an extreme case only one dim red glow was observed. Now, you don’t need me to tell you that all the lights on your car performs a vital function. The rear lights especially not only function brake lights to warn the car behind that the car ahead is slowing down, but also as tail lights which illuminate when the headlights are on. Providing some rearward illumination to signify that a car is there when driving at night or during poor visibility conditions. Thus, it is quite important that all three rear lights are functioning as they should. That said however, while headlights easy to see when they have ceased to function, it gets very dark when driving at night, tail lights though are often overlooked as they are usually not immediately obvious to the driver when they stop functioning properly. The only time most drivers even notice their rear lights illuminating is probably when seeing the reflection while reversing. So when then, was the last time you checked that all the tail lights on your car are still functioning? There are of course some cars that do have in-built warnings notifying the driver when a bulb is blown, but the vast majority of cars on the road do not have this feature. Unsurprisingly, these cars are usually also the ones with blown bulbs in place of rear lights.

LED rear light clusters that are increasingly common on cars nowadays also reduce the chances of non-operational rear lights. Though these clusters are not fail-proof too. Moreover, when they do fail, they often cost an arm and a leg to replace. Not only is it dangerous to have a blown rear light bulb, but it’s also (obviously) illegal as well. A particular concern considering the increase in road blocks that are popping up around the place during the CMCO period, as the possibility of getting fined for non-functioning rear lights just went up.

So as a precaution, best to just take a few seconds and check that all the lights on your vehicle are working as they should. Ask someone to step on the brakes and make sure that all lights, including the third brake light, are illuminating brightly. A few seconds spent here could not only spare you from a fine, but also a potential accident too. 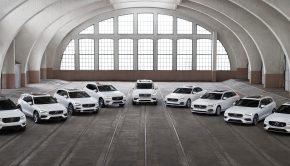 All Volvo Models Have Earned IIHS’ Top Safety Pick Plus → 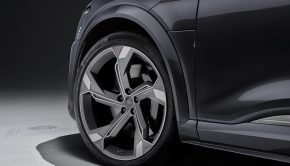 When Is It Time To Replace My Tyres? → 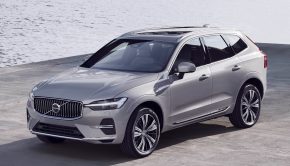