This number plate series has set a new record for the Kelantan Road Transport Department.

Number plates now seem to be the next big revenue generator for the government as not only are specialised plates making big bucks, but even normal serialised plates are going for crazy money too.

This is none more so exemplified by the Kelantan Road Transport Department (JPJ Kelantan) recently announcing that they have received bids for their DDV number plate series totalling up to RM 1.98 million through the JPJ eBid system.

It has been revealed that throughout the bidding process that was open for only 5 days from the 17th of September, the DDV plate series has exceeded the initial estimate of RM 1.5 million. To add to that, this plate series now holds the record of the highest collection for a plate series ever since the JPJ eBid system was introduced in the state. According to JPJ Kelantan director Hanif Yusabra Yusuf, the highest bid for a plate in the DDV series went to DDV 1. With 11 bidders bidding the price up to an eye-watering RM 250,000, the highest bidding price under JPJeBid nationwide this year.

A total of 263,631 people had registered with JPJ eBid for a chance to bid on these plates by the closing date of this series. Of the 263,631 registered bidders however, only 1,909 took part and more notably only 963 bidders were successful.

To those unfamiliar with this new JPJ eBid process for bidding on prospective plates, it is essentially an online government-run bidding platform for selected series of Malaysian number plates. The main thing to know about the bidding process would be that there are set minimum prices and minimum bid increments to specified sets of number plates. Single digit plates have a minimum starting bid of RM 20,000, followed by a minimum bid of RM 3,000 on double digit plates, while triple digits and four digit plates have a minimum bid of RM 800 and RM 300 respectively. Winning bidders will have 12 months from the date of the offer letter issued by JPJ to register their plates on a vehicle. Any registration numbers not sold through the JPJ eBid process will be offered to the public for purchase at a minimum price. Good news to those who think of number plates as just a serialised vehicle identification number then, instead of some vanity object. Having said that, to those interested in bidding on some nice numbered plates, a MySikap ID is required and can be obtained from the local JPJ branch or state office before any placing any bids. Happy bidding! 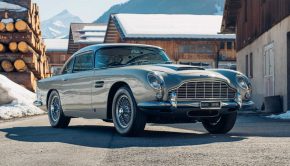