Chinese luxury car automaker, Hongqi, has just launched the Hongqi H5 in China. The Hongqi H5 was first revealed to

Hyundai IONIQ 5 has arrived in Malaysia, but it’s already sold out 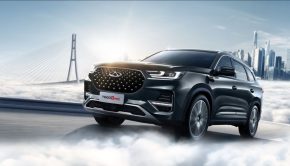 Mercedes-Benz Malaysia has recently announced the new Mercedes-Benz S 580 e plug-in hybrid. This is following the successful launch of