Mercedes-Benz Financial have announced their Step Up Agility Finance program for the all-new EQA. This financial package has been tailored

Volkswagen have released their newest generation 3.0 software upgrade for their I.D electric vehicles. Buyers of new cars will be

The possibility of a Sony badged EV is rapidly turning from CES fantasy to actual reality.  As cars these days 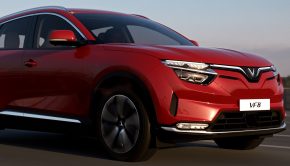 VinFast and Pininfarina have just revealed the interior and exterior details of their SUV’s, the VF 8 and VF 9. VinFast will be present at the Mobile World Congress 2022 Mercedes-Benz Malaysia has just launched the all-new C-Class. The new sedan comes in two variants, the C200 Avantgarde Line and

Malaysia still gets reconditioned versions of the Toyota Voxy at RM120,000 to RM155,000. In January this year, Toyota launched brand