There seems little reason to launch this all new Sienta with the new Veloz in showrooms. Some 20 years ago Voyah Dreamer debuts in China as the fastest production MPV

Voyah, Chinese EV brand under DongFeng has just released their newest MPV, the Voyah Dreamer. Voyah is still a relatively 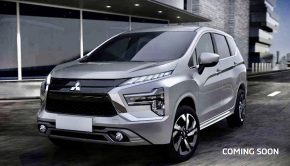 Facelift 2022 Mitsubishi Xpander Will Be Coming To Malaysia The Hyundai Staria is Multi-Purpose Vehicle with A Luxurious Cabin In April this year, Hyundai Motor Korea unveiled a futuristic