The Porsche 911 stole the hearts of sports car enthusiasts from the beginning.

Ferry Porsche decided to abandon the 2+2 configuration and set the new 901’s wheelbase at 87.1 inches, Butzi Porsche slimmed the roof and side windows and steepened the windshield. The prototype was unveiled at the Frankfurt Motor Show in 1963 as the 901 and designer Hans Metzger and engineer Ferdinand Piech added single-overhead camshafts and developed 148 bhp from a rear-mounted, air-cooled flat six, with dry sump and dual Solex carburettors.

The 901 featured ZF rack-and-pinion steering with a centrally mounted box for both right-hand and left-hand drive builds, Dunlop 4-wheel disc brakes, and a 5-speed transaxle with “dog-leg” first gear. Front suspension was McPherson strut with longitudinal torsion bars, the rear was by trailing link with transverse torsion bars.

Its air-cooled six-cylinder engine delivered 130 horsepower and an impressive top speed of 131mph. Performance satisfied the factory, with 0-60 mph in 8 seconds. Thus one of the world’s longest running and most respected sports cars was born. This car was renamed the 911 for its market launch in 1964. In 1966, the German automaker would present the Porsche 911 S, which debuted forged allow wheels from Fuchs, increased power and a new leatherette interior complete with leather-wrapped steering wheel.

Peugeot complained that they had trademarked “0”numbers, so the 901 became the 911 when it went into full production in 1965. Before that, there were 13 prototypes, starting in 1963, and 235 cars built in 1964, which command an intense premium by collectors. 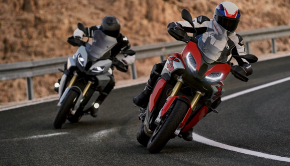